It’s 1962 and a frustrated young South African artist, Ronald Harrison, passionately seeks a way to contribute to the struggle for political freedom by leveraging his passion for art. He produces a 2 by 1.3 metre oil painting destined to become world renowned as the Black Christ painting.

The painting depicts a crucified Christ being tormented by two Roman centurions. The face of the crucified man is that of Chief Albert Luthuli, president of the ANC and the first African recipient of a Nobel Peace Prize (1961). The faces of the two Roman centurions are that of Hendrik Verwoerd, Prime Minister of South Africa and one of the main architects of apartheid, and B.J. Vorster, Verwoerd’s ruthless Minister of Justice and Police. The painting’s metaphoric depiction of the suffering of the various oppressed black racial groups during apartheid is ingenious as it resonates with a western audiences’ sense of compassion for human suffering, to which they could relate.

The unveiling of the painting causes major controversy as it instantly becomes a powerful symbol of defiance against the prevailing harsh and unjust political system in South Africa. In contrast, the painting is interpreted by various sects of the white ruling class – incumbent in both the political and religious state institutions – as blasphemous and subversive, since it manages to foreground the social paradox of a racist state purporting to hold Christian values. The apartheid authorities ban the work from any public exhibition and attempt to seize and destroy the canvas.

But a London based anti-apartheid organization, Defence and Aid, smuggles it out of South Africa, and for the next six years the painting travels throughout Europe. During this period it claims to have raised hundreds of thousands of pounds sterling for the legal and financial aid of political prisoners and their families in South Africa.

After its European tour the painting ‘vanishes’ and Harrison loses all contact with his creation. Subsequent to the painting’s exile from South Africa and Ronald Harrison’s personal meeting with Chief Luthuli, he is persistently harassed by the South African security police. These arrests culminated in brutal physical torture that affected him throughout his life, whilst he also endures sadistic threats against his family.

In the ensuing years his personal suffering is exacerbated by the violent events unfolding in South Africa, his reluctant separation from the Black Christ painting and the uncertainty regarding the painting’s whereabouts.

But through unrelenting political pressure, the country eventually changes – formal apartheid is dismantled; political organisations fighting for liberation and democracy are unbanned; Nelson Mandela and other political leaders are released, and in 1994 a euphoric population partakes in the country’s first democratic elections.

The search for the Black Christ painting intensifies and in 1997, after a series of remarkably coincidental events, the canvas re-surfaces in a London-based home of a self-exiled South African human rights lawyer, Julius Baker, who safely guarded the painting for the preceding 30 years.

Amidst intense international and local media coverage, the painting is returned to South Africa in 1997, bought by the South African National Gallery in 1998, where it now rests – its work done, but its influence and message as relevant as ever. 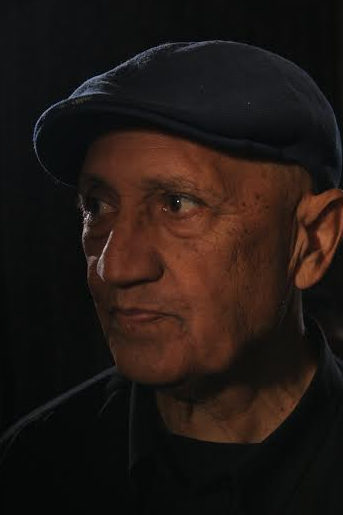